Eleven years ago, when my husband and I got home from an evening class in Taft, Manila, we saw on TV what seems like a scene from a movie. The World Trade Center towers collapsing, smoke coming out of the rubbles and tiny images of people jumping to their deaths were repeatedly shown. We could not believe that was really happening.
Last year, my family watched History channel’s documentary of 9/11 tragedy. It was the 10th anniversary of the terrorist attack. We can’t help but cry seeing different angles of the story from how the terrorists entered the US and trained to be pilots in American soil, to the security head of World Trade Center predicting about terrorist attacks.
I never thought that we would be able visit the site where the tragedy happened. It gave me chills to remember the scenes from what I watched that are forever etched in my memory.
Here’s to remember the lives of innocent people and salute the heroes who gave their lives to save others. 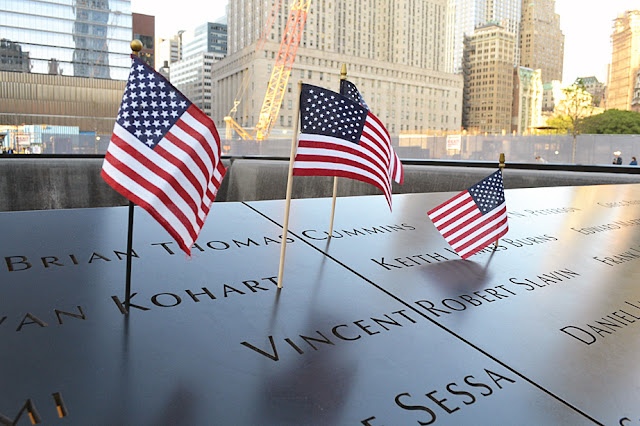 The Memorial closes at 8 PM. We were late so we just took some photos outside. We planned to go back the following day. 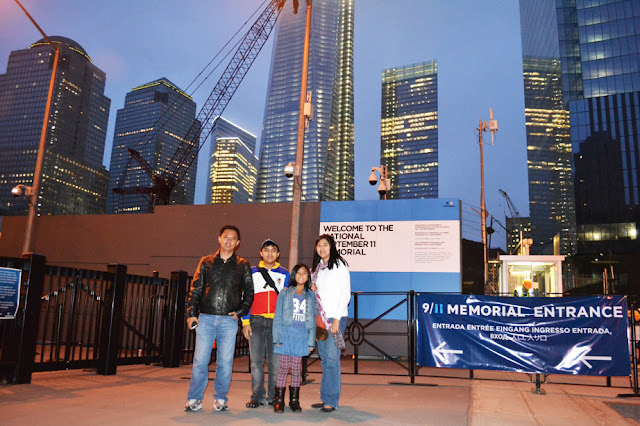 The buildings behind us are almost finished. Several buildings are being constructed within the World Trade complex. 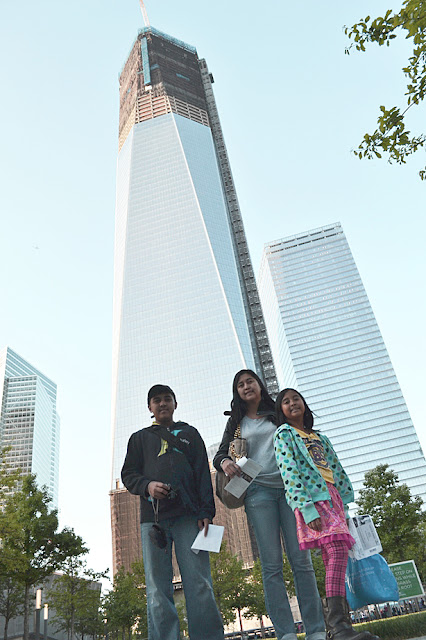 We’ve learned that names etched on the bronze parapets were arranged meaningfully by the designer of  the Memorial. They were arranged by relationships and affiliations. 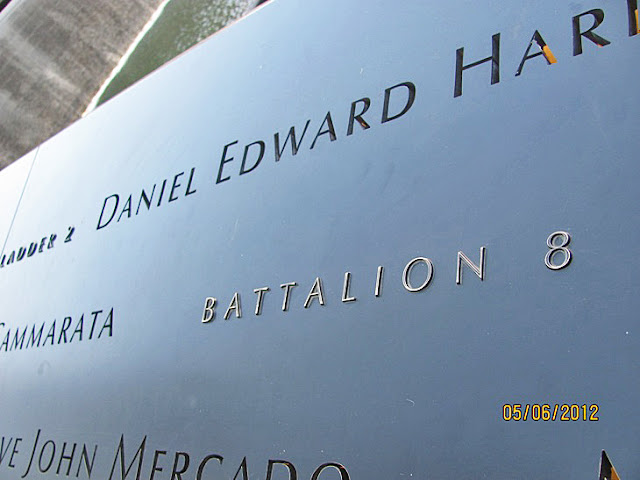 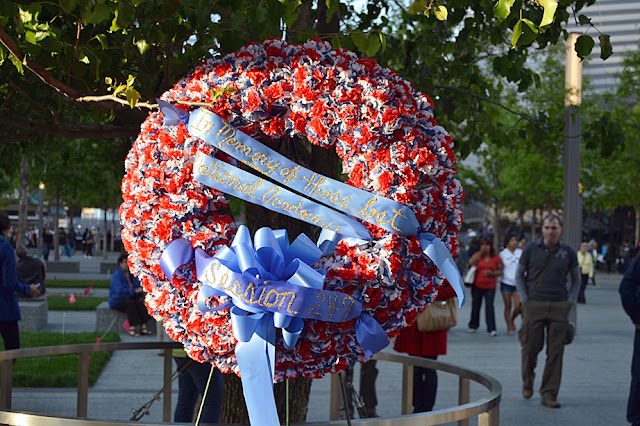 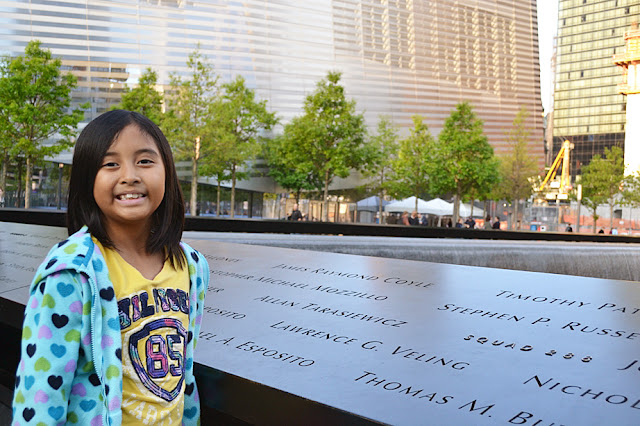 This reminds me of the plane that hit one of the towers. 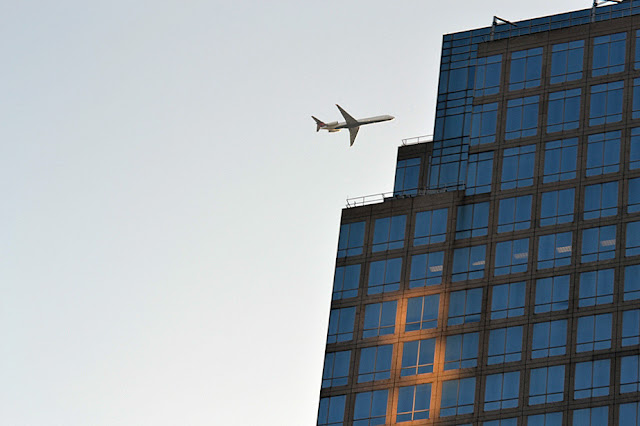 She was not even born when that terrorism happened. I don’t know what’s in her mind but she was pretty serious huh? 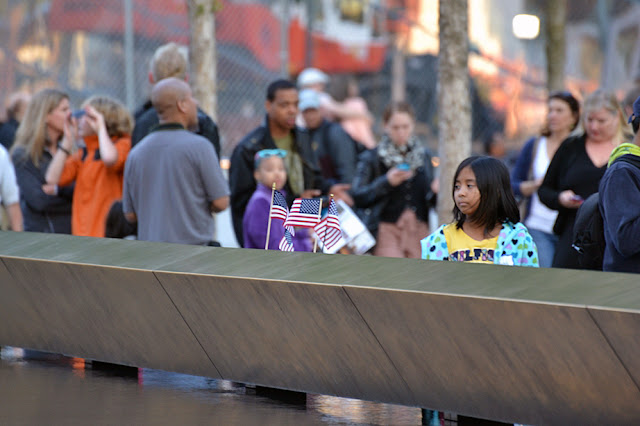 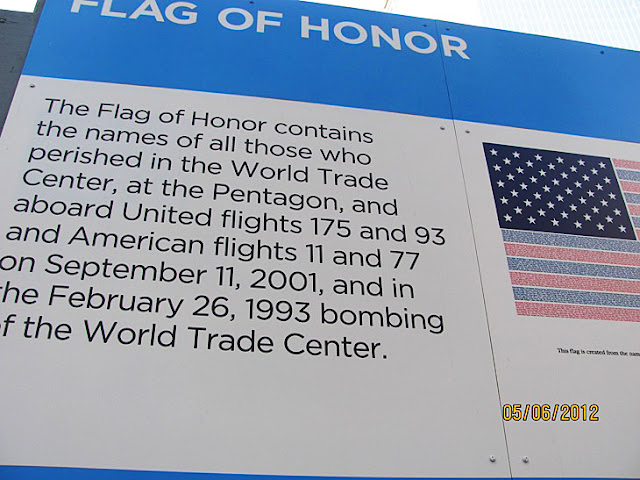 This pool with cascading waterfalls was built on the exact location where one of the twin towers was located. 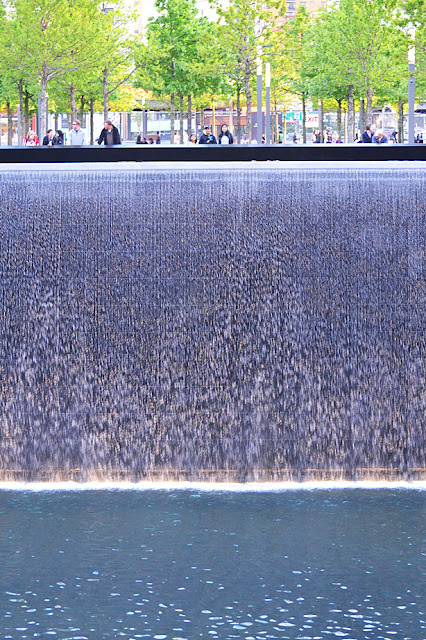 We bought this medal from the souvenir shop. This was minted and made available to the public for sale to commemorate the 10th anniversary of the September 11 terrorist attacks. Obverse design shows Lady Liberty holding the Lamp of Remembrance. Reverse design (not shown) depicts an eagle symbolizing the strength of survivors, families and Nation, against a backdrop of cascading water. 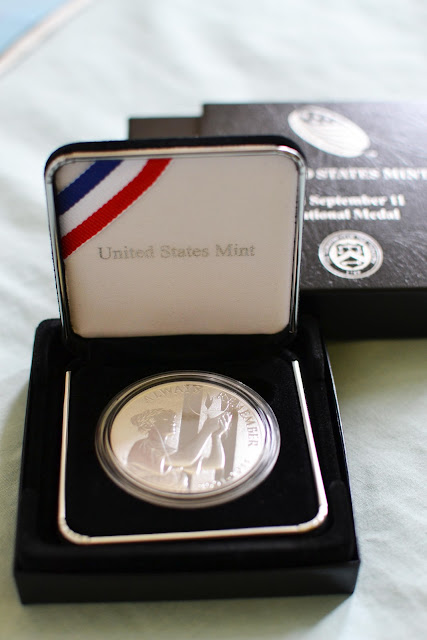 This is the Survivor Tree that was burned, twisted and almost died but with a little TLC it was resurrected to life. The tree was replanted in Ground Zero memorial park. Really amazing tree! Life is still beautiful even after the tragedy. 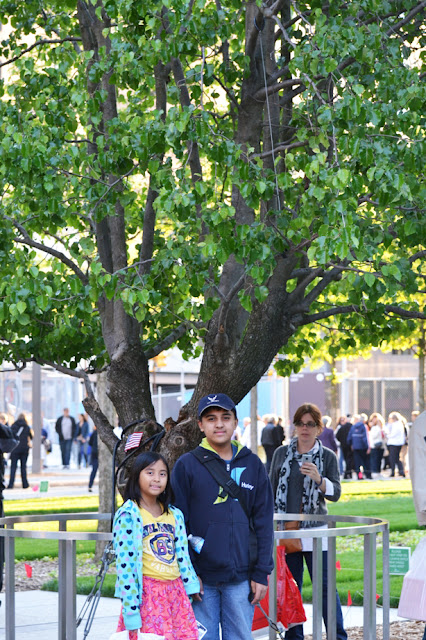